I do believe you're correct! ;)

Ch 09 Kruhl, The Fall of Kruhl

Kruhl fell face first into the bed, her tears dripping upon the sheets. Another universe… The thought sent an icy chill down her spine. She assumed Reesha had sent her to another realm, a strange one to be sure, but if what the agent said was true, it changed everything. The realms all existed within the same universe, separate but not so separate they existed within different universes.

What hope had she of returning to Erda, her home world, if Van den Broeke was right? The prospect of spending a lifetime trapped in her tiny new body was almost more than she could bear. She was Kruhl son of Wurdan, King of the Eridon, and the bearer of Waldere, she knew it with every fiber of her being, but it amounted to nothing. She had no kingdom to rule over, and no strength with which to fight her enemies. By the Nether Realm! Would she even be able to lift Waldere?

She squinted at the window and considered leaving. Perhaps, if she found Waldere, she would be able to make use of its magic. She knew nothing of this world, or how to transverse its many roads. Another, bigger problem was finding and retrieving the sword. If these police were indeed seeking her out, it would be an act of sheer insanity to walk into their base of operations to take it back.

A knock sounded from the door. Kruhl pushed herself up and turned to peer at it. She did not speak up, or move to answer, but remained frozen in place. Doors were commonplace on her own world, and a knock, unsurprising, carried the same meaning. Still, she didn’t feel much like company. She turned away, but caught movement out of the corner of her eyes.

Teressa stood in the now open doorway holding a long black object with a rope dangling from its end.

“Oh, I’m—” she stopped taking in Kruhl and frowned. “Were you crying?”

“Leave me be.” Kruhl growled under her breath, turning away from the intruder.

“Look I understand that things are looking rough, but—” She started toward Kruhl again, but stopped when the once-king turned his luminescent orbs on her.

“You know nothing about me.” She said between gritted teeth. “Don’t think your empty platitudes will offer me any solace.”

“Fair enough,” Teressa released a sigh and turned away, stopping inside the doorway and again held up the strange contraption. “I just thought you’d like a haircut.”

“Haircut?” Kruhl cocked her head, peering at Teressa with a frown.

“Maybe you haven’t noticed, but that mop of yours is a matted mess.” Teressa but a hand on her hip and stared across the room at the other.

“My mop?” Kruhl reached up to run a hand through her locks and yelped when one of her fingers caught. “You mean my hair?”

Teressa nodded, folding her arms across her chest. “I mean, unless you like it that way?”

Kruhl pressed her teeth into her lower lip and shook her head. “I’ve been pre-occupied.”

Kruhl had been so caught up in events she had taken little time to make note of her locks or worry about hygiene. Not that she’d had a lot of choice, she’d been tied down and locked in a room for most of her visit to this world and her captors hadn’t exactly taken the time to provide grooming implements.

She had been quite fastidious about grooming herself back on Erda and brushing her magnificent mane had been part of her daily routine. While hair atop her head was not foreign to her, the way her human locks dropped behind her shoulders and hung limp across her back was distracting.

Teressa sauntered toward her and reached out, twisting one of Kruhl’s stray locks between two fingers. She crinkled her nose and pulled away. “First though, you’ll need of a shower. You’re smelling pretty ripe.”

“Shower?” Kruhl sneered. “Do I look like Rema swine to you?”

“Uh, oookay, what about a bath?” She frowned, eyes wide.

“That… would be acceptable,” Kruhl replied with a grimace and shake of her head.

“Come on,” Teressa motioned at the other and Kruhl followed, heart thumping in her chest. As the other woman led her out of the room, all Kruhl could think about was the interesting way in which her hips swayed as she walked.

“Let me know if it’s too hot.” Teressa craned her neck around and peered up at the once-king.

Kruhl kneeled down at the edge of the tub and peered inside, watching tendrils of steam snake up into the air and disappear. “It’s hot, how is this possible?”

“There’s a thing called a water heater that collects water and keeps it warm for later use,” Teressa replied.

The once-kings mind whirled, trying to imagine the mechanics that would make such a thing possible, but was unable to fathom it. On Erda, the only way to get a hot bath was to heat the water in a kettle or travel to a hot spring. Such a method was beyond anything she would have ever imagined.

Kruhl had seldom bothered with such a luxury, but Gylda, her betrothed, had insisted she take one every day. Kruhl scowled, remembering the long line of servants bringing pot after pot through Wurdanhom just to satiate the mercurial princess. Had he known she would betray him, he would have never indulged her, but it was less agonizing than contending with another of her tantrums.

“So, uh, you’re pretty petite, but the people who own this place have a daughter, I’ll see of I can find something for you to wear in her things. Why don’t you get started while I’m gone?” Teressa stopped jerking her head toward the tub, eyes seeming to linger on Kruhl’s chest. She coughed, licked her lips and turned her back to her companion. “I’ll check back in on you in a few minutes.”

Kruhl watched her depart, then peered down at the pair of lumps on her chest and swallowed. She glanced up at the window on the other end of the room. Though the opening was small, she thought she could squeeze through it and be gone before she got back. Again, reason won out and she put such thoughts ouf of her mind.

She  pulled her blouse over her head, grimacing when it caught on her breasts causing them to wobble as the fabric came away. She threw the shirt over her shoulder, not even watching it land before loosening the trousers about her waist and pulled them down to her feet.

Kruhl stopped standing over the bathtub and tested the water with a toe before at last easing herself into the hot water. She planted her posterior against the rear of the tub and leaned back, just letting the heat soak into her. Her breasts floated on the water and she averted her gaze, doing her best to ignore the strange sensation.

She could count on one paw the number of times she remembered taking a warm bath, all but one had been when she was still a cub. The once-king had forgotten just how relaxing it was.  She closed her eyes, just letting her thoughts drift away.

Several long moments passed and Kruhl’s eyes snapped open, reaching out to retrieve the strange bottle of soap Teressa had called body wash. The container was smooth to the touch and she clutched it in her hands, brows furrowed. She pressed into it, discovering that it was pliable, and turned it over. What sort of material was this?

The front identified the contents of the bottle as Swan Calming Lavender Field Scented Nourishing Body Wash. Kruhl tilted her head, biting her lips. Did that mean the body wash was made from Swans and Lavender? Why would anyone make soap from a swan?

She locked her fingers around the lid and attempted to yank it open, but it would not come loose. What a strange container, she thought, again turning the bottle over in her hand, this time from top to bottom. The top of the lid was a darker shade of violet from the rest of the container. Kruhl frowned and pressed her finger into it, gratified to discover that the top flipped open.

When she brought the bottle up to her nose, taking a big whiff. If it contained swan meat, she didn’t smell it. No, the only scent that she made out was lavender.

Why then did the bottle say swan? Perhaps the artisan who made it was named Swan.

She regarded the bottle for a little longer, then retrieved the wash towel left for her by Teressa, dunked it in the water and then wiped the soap off the side with the cloth.

Kruhl did not possess the same social biases as a person of this world. She did not regard flowery soaps and perfumes as girly, but she found them wasteful. The Angols, who considered themselves more civilized, were inclined to dabble in such frivolities, but her people made do with simpler soaps composed of animal fats and ashes.

With a long drawn-out sigh, she raised the cloth to her breasts and scrubbed the dirt away. She was not prepared for the sensations that arose from such a simple act and bit her bottom lip, barely stifling a moan and thoughts of Teressa doing interesting things sprang to mind. When the next wail escaped her lips, she did not muffle it. 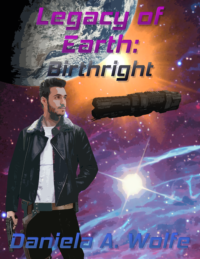 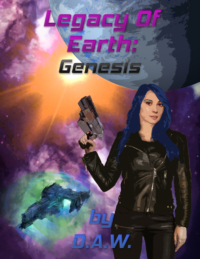