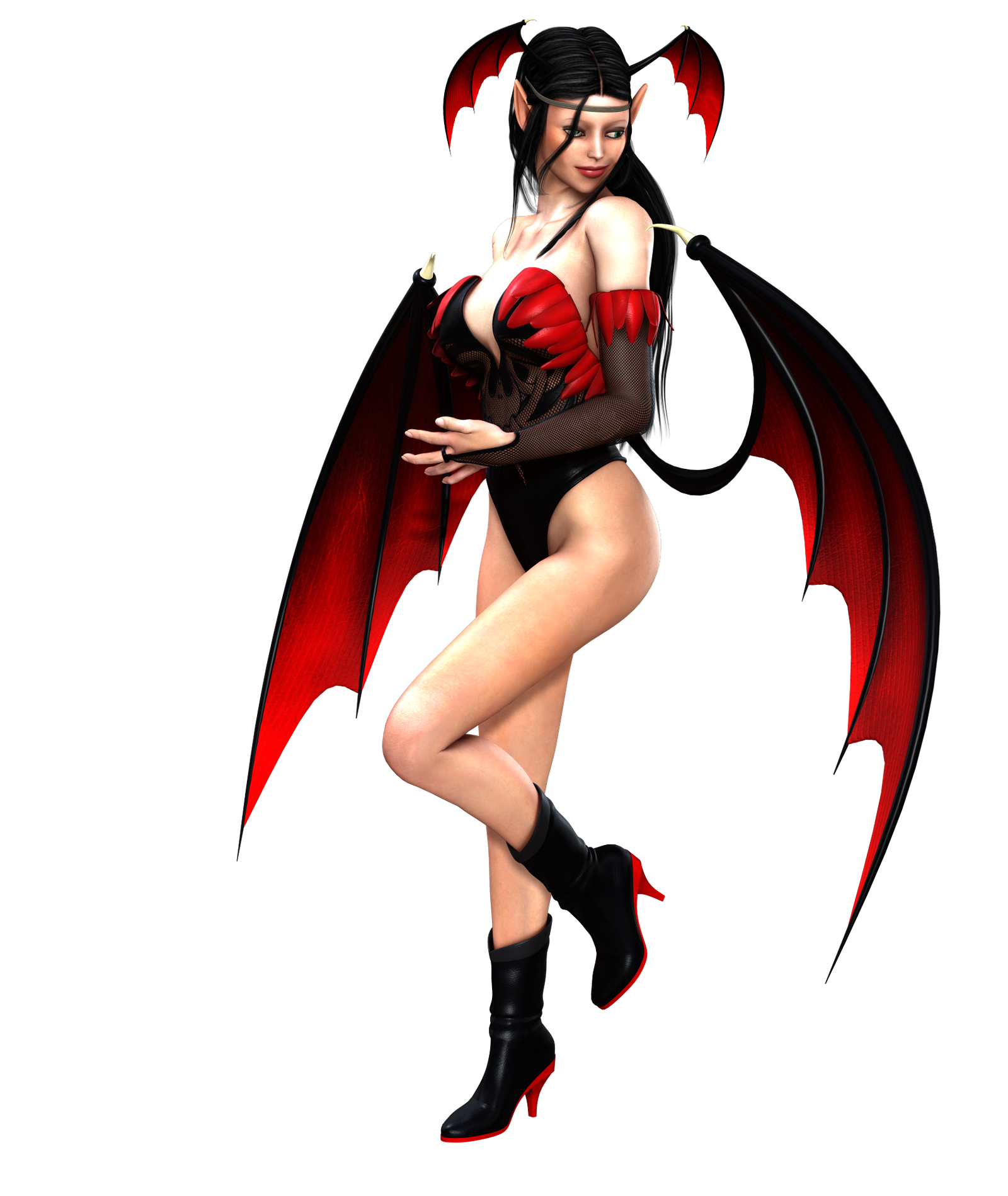 Since, it’s Halloween I thought I’d take a break from our regularly scheduled serial posting and share a story that was just perfect for the occasion. While not exactly new it’s almost a complete rewrite, and is more than double the length than the original. I’m finally going to bring this story into the official cannon for my open universe Tales from Meridian (the rules of which can be found by visit the open universes page.) The original can still be found on this site, but it will forever remain a standalone and not part of the Meridian-verse.

I’d always heard stories, we all have. I mean, I didn’t think they were real. Who really does any more?

The devil was about as real to me as the Tooth Fairy or Santa Clause, but then something happened that shot all those perceptions to hell. I’d met a woman, a beautiful one, and she’d offered me everything I’d ever wanted and more. At first, I was skeptical, but then she showed me things, amazing and terrifying things and I didn’t find it so hard to believe anymore. Truth be told she terrified me, but when I saw what she could do, I wanted in and so I signed on the dotted line and I accepted her price, my soul.

Had I understood what that meant, I never would have agreed, but I was young and stupid. To me a soul was just a word. What she promised seemed to be too good to pass up and what did I get in return? Money and fame. Who would turn that down?

Within hours of our deal, I got a call from a casting director saying that she wanted me to audition for a part. Whatever doubts of the authenticity of the woman’s claims I might have had were promptly vanquished. Meridian, the town I lived in was dinky, and I’d never once traveled outside of it. I’d never aspired to a career in acting and I had virtually no presence on the web. For a big Hollywood casting director to call me out of the blue was damn right improbable if not outright impossible.

So, I took the first flight out of that little shit hole and never looked back. Long story short, I got the part and I rose to fame. Money, big houses, fast cars, and even faster women. I had it all and I even trashed a few hotel rooms as stereotypical as that might sound. Just when I’d settled into my new life of glamour and luxury she came to collect for what I’d promised her.

It was night, and I was more than a little drunk. I staggered out of the bathroom, Belvedere bottle clenched in my hands as I lurched my way through the house and into my bedroom where my latest conquest was waiting, but soon discovered that, she appeared to be missing.

“Aimeeee,” I called out dropping the bottle and cursing as I danced around the broken shards.

“I believe her name was Alisha,” A voice spoke, and I swirled around tottering around on my feet before I finally managed to do a complete one-eighty and face the intruder.

I cursed the moment my eyes caught sight of her and backed away pointing my finger at her. I stepped on several shards of glass, but I was so caught up by my terror that I barely felt it. “Y-you!”

“Yes, me,” she smiled advancing on me. “It’s time to collect what you promised Adrian, do you remember?”

“Really? When did we ever specify an amount of time? I think what you’ve been given is certainly enough. Haven’t you enjoyed all the attention that you’ve received? You certainly seemed to have been enjoying Aimee. I know had enough fun watching you two go at it.”

“You were there?” I stared back at her with wide eyes still just a little woozy from the alcohol, but sobering up more and more by the minute.

She crooked a finger and stroked my cheek. “Of course, I’ve been here with you this whole time poking and prodding in the direction the Lady Satan wished and I must say you’ve performed just as expected. A little boring, really, but it seems to please my mistress so I suppose it’s all worth it.”

“You can’t make me go to Hell! I won’t go!” I screamed crossing both arms across my face in some vain hope I could shield myself from her unholy powers. “I’m not gonna burn!”

“Oh, honey,” she let out a soft, almost soothing little laugh. “You don’t actually think Hell is all fire and brimstone, do you? It’s a metaphor silly, not everything in that silly little book is meant to be taken literally. Eternal damnation is much, much more interesting. You wouldn’t be so lucky in any case. The Lady Satan has big plans for you. You really think we’d go to so much trouble of purchasing your measly little soul just to spend eternity torturing you in the deepest recesses of hell?”

She snapped her fingers, and he felt his body stiffen. I stared up at her, eyes wide and cursed myself. Never once had I thought to ask what my punishment might be. Somehow it had never seemed to matter.

She snapped her fingers a second time and I could feel my whole body begin to snap and contort. I collapsed to the ground clutching at my burning insides begging her for mercy. At first, there was only pain, all consuming and mind-numbing, but when I felt my chest begin to swell I screamed out, not in agony, but shock. I touched my new budding breasts, and quickly slipped my hands over my dick as it began to wither away. When it was all finished, I looked up at the she-demon, and shook my head.

She knelt down in front of me, smiled, and stroked my chin. “Your soul belongs to the dark mistress for all eternity.She doesn’t waste resources, but sometimes they need a prettier wrapper to really bring out their potential. I happen to think, you make for a very lovely succubus, don’t you?”

I swallowed hard and stared up at her with wide eyes. She took a few steps back and I climbed to my feet feeling my clothes slithering around on my body, becoming something far more fitting to my new form.

“Now dear, the nights still young. There are still plenty of souls about for a pair of she-demons like us to lead in to temptation, wouldn’t you say?”

I bit my lips, looked down at my breasts which looked ready to pop out of my skimpy little dress and felt a slow smile form on my face. 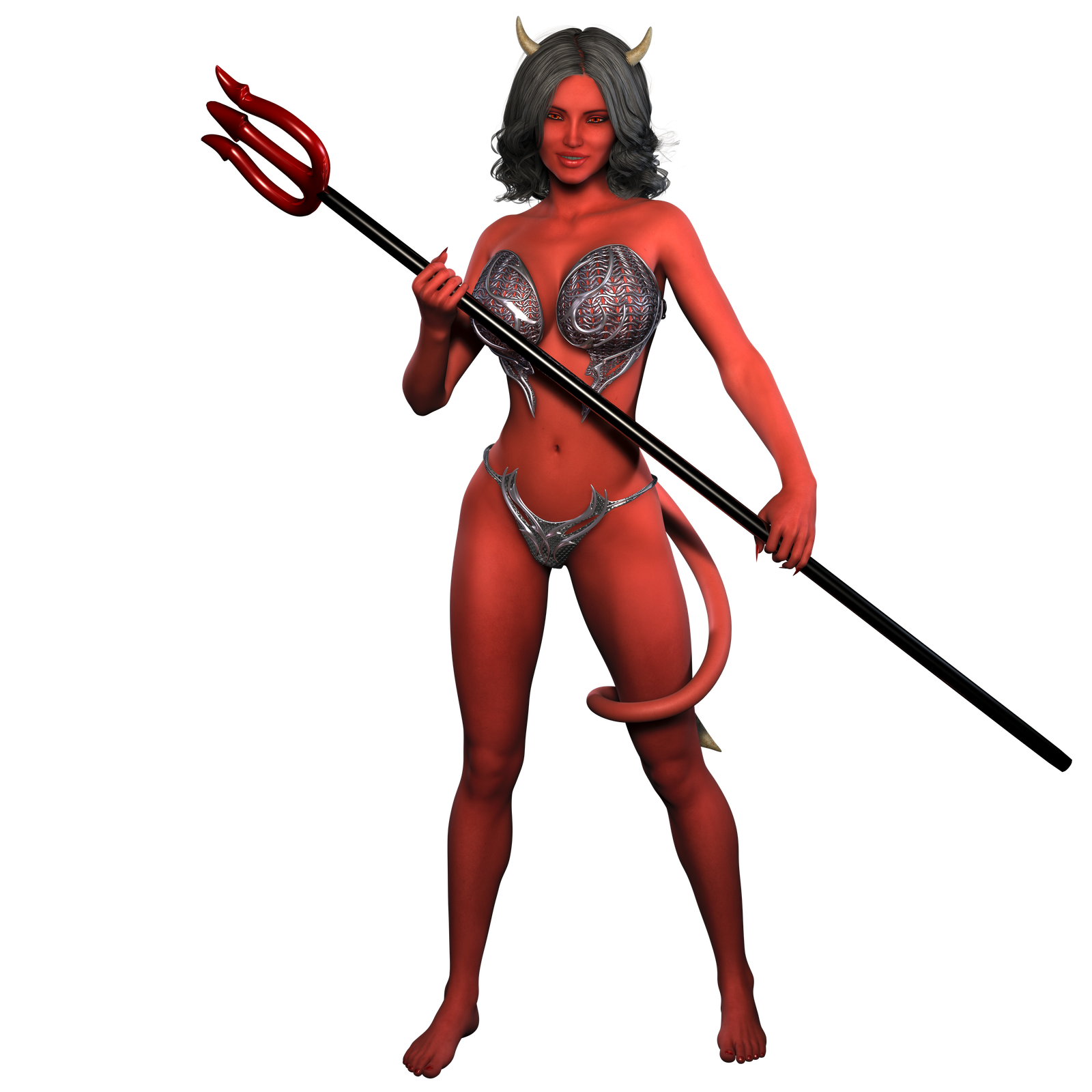 Beware of selling your soul to the devil she has a way of collecting her debts in unexpected ways.

Author’s Note: Originally, this was supposed to be an entry in my Tales from Meridian universe, showing that it wasn’t just angels who went around swapping genders, but it didn’t quite seem like a fit so it wound up being a standalone. This was originally part of the anthology Irresistable, Kissable.

I was just laying down for the night when my bed erupted into flames and I screamed backing away from them as the voluptuous form of a dark-haired beauty appeared out of thin air. She was the epitome of the perfect woman, a real bombshell, who was a flawless stand-in for my wife.

“Hello honey, I’m home. Did you miss me?” She winked then smiled coyly.

“You’re not Jenny!” I screamed staring at her with wide eyes.

“On the contrary.” She smirked leaning over, giving me an amazing view of her cleavage. “I’ve been Jenny since the first moment we met.”

Twenty years ago to the day I sold my soul for a life of money and fame. I met Jenny just a few weeks afterward, but she was just a kid then. It wasn’t until she matured into a woman that our relationship took a romantic turn. After a whirlwind courtship we got married, but if what she said was true, it was a sham and had been all along. I couldn’t help but feel manipulated and betrayed.

“Isn’t it obvious? So that I could watch over you and guide you, but really that’s beside the point. Let’s not delay this any longer.”

“Just make it fast, please.” I pleaded, tears stinging my cheeks as I fought down my fear and panic. What would happen to me? Would she drain my soul away and leave me an empty husk or would I be doomed to spend eternity in hell? It had never been clear and somehow I’d never thought to ask. Until that moment it hadn’t mattered. How could I have been so stupid?

Lucifer cackled as the flames blazed across the mattress quickly climbing up my frame and started to consume me. I thought I was going to burn to death, but then the pain settled on my chest and different parts of my body, until it eventually faded away. I gasped running my hand over my torso, discovering as I did so that it had been transformed. Two luscious breasts had swelled on my chest but that was only one of many changes.

“Your soul is mine. That means you are bound to serve me for all of eternity. I don’t waste resources, but sometimes they need a prettier wrapper to really bring out their true potential. I happen to think you’ll make a lovely succubus, don’t you?”

“What makes you think you have a choice? The night is still young. There are plenty of souls roving about for you to lead into temptation.”

She snapped her fingers and my clothes shifted becoming a form fitting outfit that left little to the imagination. I bit my lip, looked down at my breasts, which looked like they were about ready to pop out of the dress and felt a smile stretch across my face.